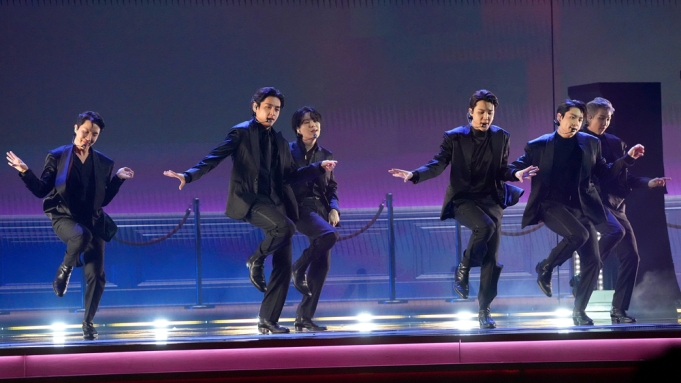 Wonder! BTS’ “Permission to Dance on Stage” concert in Los Angeles is now available to stream worldwide on Disney+.

The streaming service is making its annual Disney+ Day debut with the release of the BTS concert film, which featured the boy band’s concert series in late 2021 at Sophie Stadium, where the group worked for four years. The concert film, produced by HYBE and directed by Sam Wrench and Junsoo Park, is said to be “stage-focused” and include the group’s biggest hits such as “Dynamite,”

According to Billboard, tickets for BTS’s Mini-Residency at Sophie Stadium for all four nights sold out immediately and became a total hit at the box office.

BoxScore was the highest-grossing for concert series at a single venue since 2012.

The explosive concert experience welcomed 70,000 fans each night and made excellent use of the stadium’s huge video screen and high-tech pyrotechnics. In her recap of BTS’s opening show in Los Angeles, Angelique Jackson of Variety wrote that the experience was “filled with confetti, smoke, pyrotechnics and, of course, the easiest dance moves.”